Basics of Data types In Python.

The beauty of python is that its a dynamically typed programming language and you’re not required to define the variable datatype explicitly.

In python, value is seen as a tag that is tied to some value. Refer below example:

If the variable value is changed then the new tag will be assigned and the previous tag/object would be removed by python garbage collector automatically. It means python is using memory efficiently.

Built-In Data Types: The data types, which is already available in a python programming language is called Built-In data types.

User-Defined Data Types: The data types, which can be created by the programmer itself are called User-defined data types.

Let’s discuss, these python data types in details with the help of a few examples.

There are primarily 5 different types of build-in datatypes in python.

The user-define data type in python is basically custom data types which are defined by used as per program or project requirement. For example an array, a class etc.

Single Line Comments: These comments are generally used to write comment in single line and it its start with hash symbol (#) . The complete line is treated a comment.

The memory will be allocated to these string normally and if these strings are not assigned to any variable then they would be removed from the memory by the garbage collector. Thus, these multi-line strings can be used as comments.

If you use these strings as the first statement in class or function or method, then these strings would be treated as documentation strings or docstrings. It’s always recommended to avoid using multi-line comments because they occupy internal memory and it also requires interpreters processing. Following is an example of docstring in python function.

Finally, this para mark an end of today’s Python tutorial on Python datatype. Let’s me precisely summarized of all important points that you learned today.

A data type in python represent a variable that can store data. These data types are broadly categorized into two category i.e. Build-in and user define data types. You also learn how to define these datatypes. If you like today’s tutorial, then please share with your friends and don’t forget to share your comments. 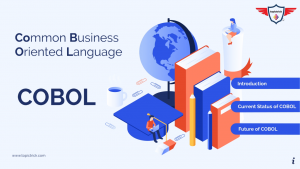